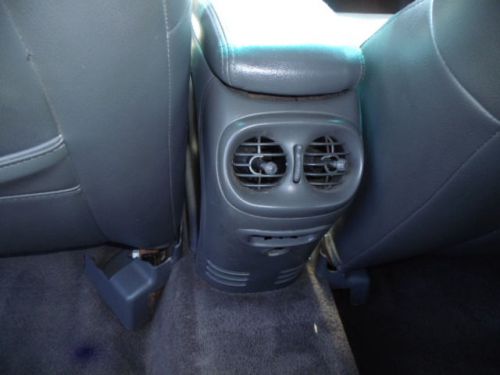 May, 2014 NADA book values on 2004 Pontiac Bonneville-V6 Sedan 4D SE with Options and miles: $2,900 trade-in, $5,075 retail. So buy it, put a target on the back, get somebody to hit it (it's a big safe car so you'll be OK)and their insurance will write you a check for $5075 for a quick 78% profit! Wow, what a deal! This is an 04 Booneville SE 4 door w. 3.8 V6, automatic, air, leather, power seat/ windows/ locks/ mirrors, tilt, cruise, rear wing, alloy wheels, AM/FM/CD, ABS, traction control, tinted glass, more. Clean Carfax shows no accidents but it did have a new trans 35K miles ago. Original good body with a few little dings and minor brush touchup. Driver seat and armrest have cracks- otherwise good. We just did $800 worth of work including 2 new tires, new oil change, front pads, rear pads and rotors, new front struts, new rear shocks, detailing. We are import dealers and grudgingly took it in trade. Priced cheap and although you only have $2000 it is worth more than $2850. Excellent cars fully serviced by our experts to the most paranoid's satisfaction. Experience? We've been in used imports since 1966. We sell 2 1/2 times the national average for repeat and referral-we must do something right. Members of Better Business Bureau. Mechanic's inspection welcome. Free Carfax upon request. E-mail or (better) call toll-free 888-676-6352 or (best) come visit.Thanks