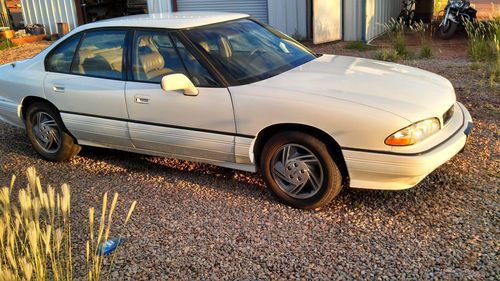 Condition: UsedA vehicle is considered used if it has been registered and issued a title. Used vehicles have had at least one previous owner. The condition of the exterior, interior and engine can vary depending on the vehicle's history. See the seller's listing for full details and description of any imperfections.Seller Notes:"Very Low 52832 actual miles. This beauty runs and drives like new. Missing the exterior trim panel on the driver door. Head liner is beginning to fall down. Exterior is in great condition with some wear and tear on the paint. The interior is tan in color. It has leather seats. The driver seat is showing its age and has some small tears. The driver seat is power. It has the original stereo still installed and the sound system works perfect."

Very Low 52832 actual miles. This beauty runs and drives like new.  Missing the exterior trim panel on the driver door.  Head liner is beginning to fall down. Exterior is in great condition with some wear and tear on the paint.  The interior is tan in color. It has leather seats. The driver seat is showing its age and has some small tears. The driver seat is power.  It has the original stereo still installed and the sound system works perfect.  The tires will pass a Utah state inspection but will need replacing. Mechanically this car is sound and well taken care of. The air conditioning works but needs to be charged.