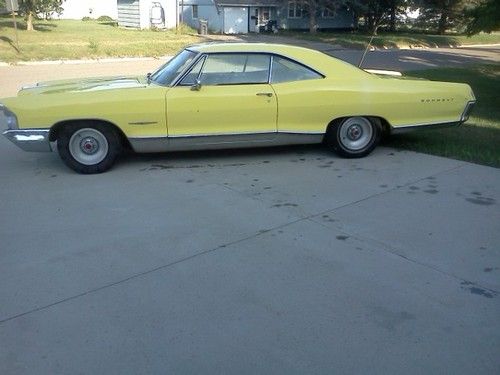 1965 bonneville has rebuilt.400 camd up aluminum intake sounds good n powerful for full size car. CAR original came from texas in the 80s been in storage since body is solid as in body is rust free no rott, Body has some chips and dent on driver side by bonneville lettering thats it, Needs new windshield,  floors have normal dry rust , runs n drives i drive it around town all time. Needs new tire because they are just old . Interior needs a little tlc. but interior kit is only a thousand opg. drive it the way it is n enjoy it..i have ac assembly that goes with the car. It has power antenna ac options n more have original 389 engine needs rebuild if interested i have tons of pontiac parts also if lookin make me offer 507-290-0550