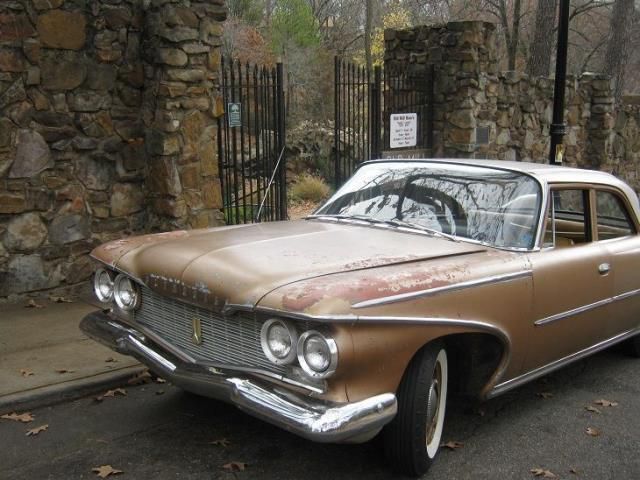 1960 Plymouth Savoy 4 door Sedan from the original owner. I have the Original Title, Window Sticker, and Sales Invoice to this car. This car was wrecked in the 1st year that the original owner owned it. The front cap was replaced with a 1960 Fury front cap. The car was not damaged structurally. When I bought it I replace the wheel cyl's, brake shoes, brake hoses, brake master cyl, water hoses, water pump, radiator rebuilt, carburator rebuilt,gas tank replaced, all rubber fuel lines, spark plugs , plug wires, alt. belt.