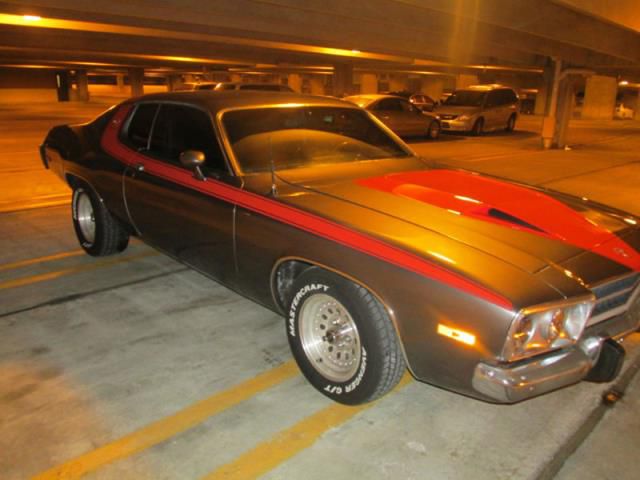 Well im selling my Roadrunner.Everybody loves this car. Has a worked 318 that was rebuilt in 2005. Hi-lift cam aluminum intake and holly carb. This car starts like a new one with the choke working as it should.I installed a cross flow 4 row aluminum radiator. I will include the electric fan that I did not install. It has a flex fan and it cools as it should. I installed a 100 amp chrome alternator and upgraded the charging system to a one wire alt with an internal regulator.The car had hedman headers Headers and dual exhaust. It has a new interior,brand new factory correct seats,headliner,rugs and dash pad. The real door panels were replaced. The trunk is solid and rust free.The brakes are new as are the tires. The wheels are american racing and are in good shape. Front and rear sway bar bushings and all front end parts were replaced. I would replace the front shocks. The paint is 6 months old and the body is all metal. New rockers front fenders and rear quarters.