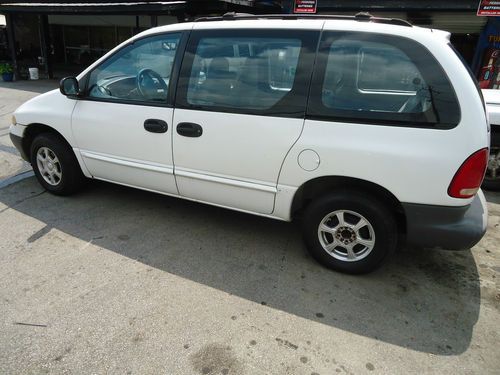 Condition: UsedA vehicle is considered used if it has been registered and issued a title. Used vehicles have had at least one previous owner. The condition of the exterior, interior and engine can vary depending on the vehicle's history. See the seller's listing for full details and description of any imperfections.Seller Notes:"The interior is in fair condition a few minor tears in the ceiling. The paint has a few scratches and dents."

This mini-van  has been parked and not used for a few months. It runs well. The tires are in good condition.The transmission is smooth. The a/c works well, The interior is in fair condition a few minor tears in the ceiling. The paint has a few scratches and dents. There is a scratch on the front right bumper, It is mechanically well maintained with no major problems.