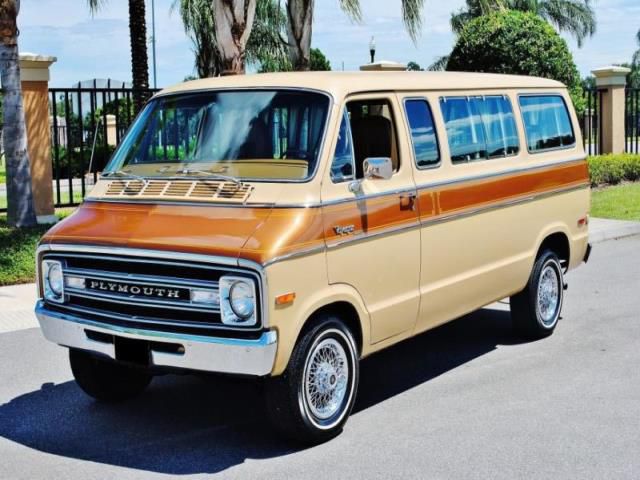 1977 PLYMOUTH VOYAGER Extremely rare and preserved original, 12 passengers van. This 1977 Plymouth comes equipped with a V8 360 cu in 2 bbl. You will not find other van in the same condition, with less than 52K original miles. All seats, headliner and dash are in unique condition. The white wall tires are very good too. This van was used to drive to church on Sundays and camping trips, by the first owner. Always kept inside the garage. Never driven in snow. It has the best and rare color combination, with external two tone colors and velour interior. It has some options, including the factory air conditioner. Definitely, you will not find a more well cared vehicle of this age in original condition. These types of vehicles had a very low survival rate and to find one in this condition is nearly impossible. This magnificent automobile is truly ready to be enjoyed. It will be a success in any car show .