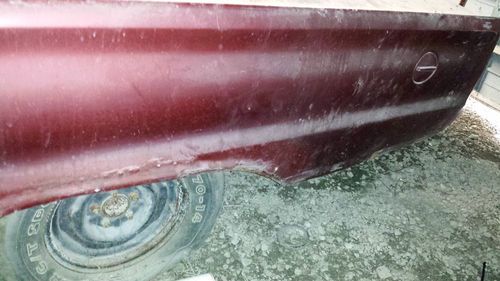 Auction for 1966 Convertible Plymouth Satellite. Winning Bidder will be provided Bill of Sale. NO TITLE

I purchased car as is car runs. Was going to do a gtx tribute. But cant get to all my projects. This is a NICE solid project that runs. ALL body tags there and fender tag intake on car.

I do have all bumpers and trim for car. Also, comes with Door panels and rear back panels with lights.

The car has no front or rear seats. ( I do have a 1966 satellite complete (bucket seat etc -No console) minus 383 engine and 4 speed that I will list for Parts car. BUT to darn rare to part out I THINK. Has fender tag all body tags)

No console either. I purchased car just as picture states.

Email any questions. As is no warranties. Winning bidder must pay a nonrefundable deposit $250 within 24 hours auction ends.

Don't assume please ask questions. No question is a dumb question. Thanks for looking.