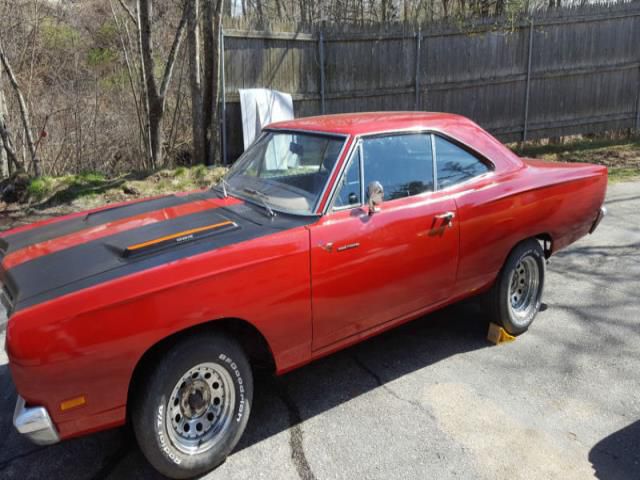 1969 Plymouth road runner 383 4 speed. OK so it started life painted copper with tan interior 383 4 speed bench seat manual drum brakes manual steering no AC no Tac, now has 99000 on the odometer painted torch Red bucket seats and the interior has been dyed black. Car was stored inside for 20 + years but started and moved around occasionally. I had it running last week on 7 cylinders pulled valve cover found stuck valve, tapped it down to free it went to far now I turned engine by hand and stuck on that valve. Now you might be able to free it or pull heads and do proper valve job. I think the 383 is original to the car. Clutch is good but the fork has come of or something It stays engaged.
You can email me with any questions : valerayhbraynard@laposte.net