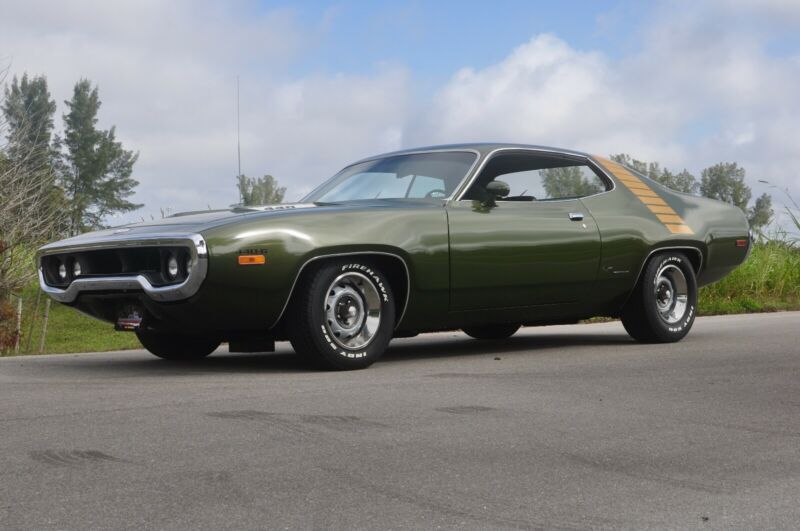 I am selling my 1972 Plymouth Road Runner. This car is in excellent condition all the way around it. It came from
the factory with a 400 CI motor.

The interior is 100% original and in beautiful condition. The car shows 26,500 miles, by looking at the inside you
would think that is correct.

This Road Runner has all the original body panels and not one spot of rust ever. It has spent most of its years in
California, then Pennsylvania and now Florida. What I love about this car being an automatic you can drive it like
an old lay or if you want it to have lots HP it is very fast,