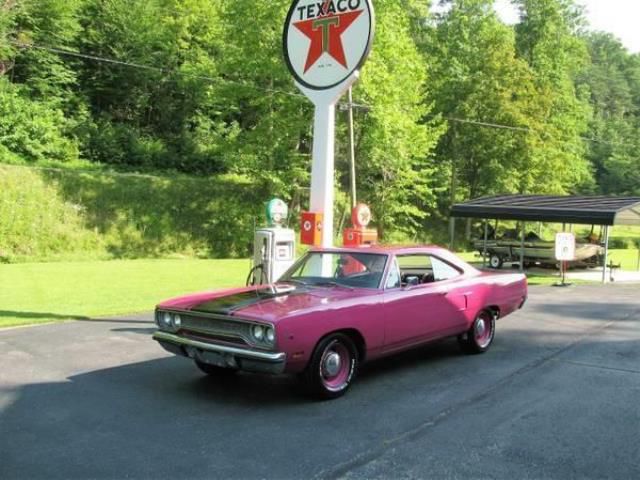 For more details eMail me : cirilo.green2@aol.com RARE 1970 FM3 Moulin Rouge -. It has never been registered or offered for sale. It has all of it's original body panels and has had one repaint in base coat clear coat. Not show quality but nice driver. 440 HP Engine, Heavy Duty 727 Automatic Transmission, Heavy Duty Cooling System, Power Steering. Interior looks like new, all chrome is beautiful. Runs very strong. All new exhaust, brakes, fuel tank, ect. All lights and Beep Beep Horn works as they should. Just installed new BF Goodrich Tires with 0 miles on factory Rally Wheels and Dog Dish Hub Caps. These colors of cars are very rarely ever seen for sale. The VIN, Fender Tag, Core Support and Door all Match.