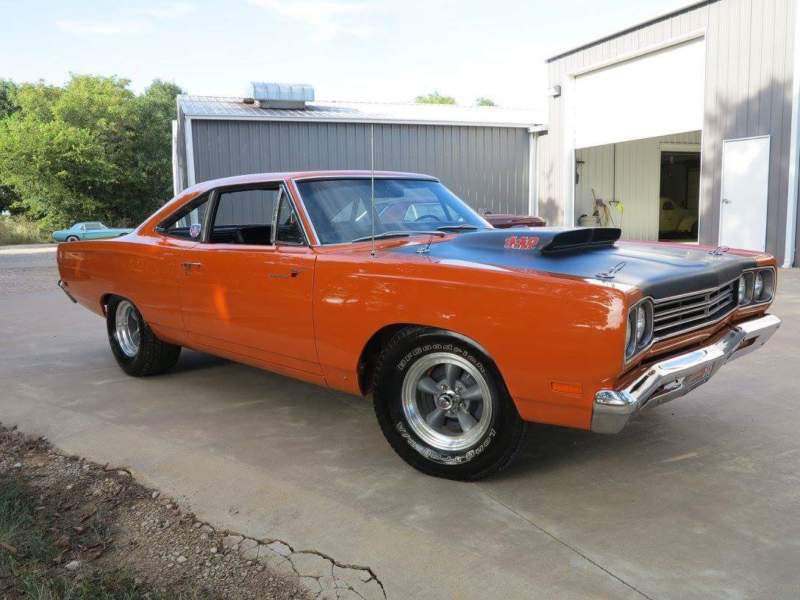 VERY NICE CAR
REAL A12 440 6PACK
Motor built and installed by Smothers tuned super cars. Stroked 440 with aluminum heads. This car has tons of power
but can be driven anywhere. Has brand new 4 speed transmission kit installed just like factory . Have receipts on
everything no expense was spared on this car super nice. Also have the motor and trans that was pulled for the
performance motor that goes with car as well.