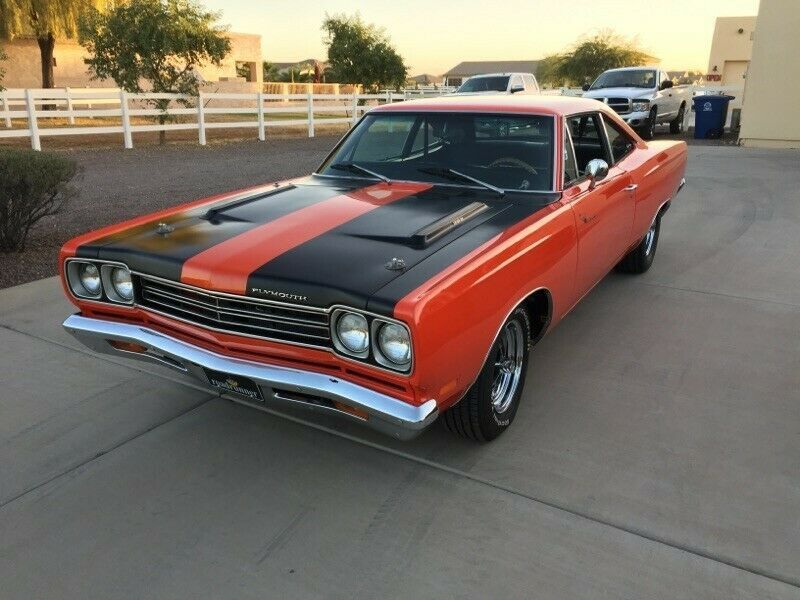 STUNNING 1969 ROADRUNNER. ROTISSERIE RESTORE THREE YEARS AGO. 383 WITH THE FACTORY FOUR SPEED AND POWER STEERING.
LASER STRAIGHT AND THE PAINT JOBS A 10. INTERIOR IS PERFECT. COULDN'T BUILD THIS CAR FOR CLOSE TO WHAT SELLING
PRICE IS. PAINT ALONE WOULD BE OVER 20K. NO DISAPPOINTMENTS IN THIS BEAUTY . PLEASE SERIOUS INQUIRES ONLY. I'VE
HAD CAR TWO YEARS BEEN STORED ON A LIFT IN CLIMATE CONTROLLED GARAGE.