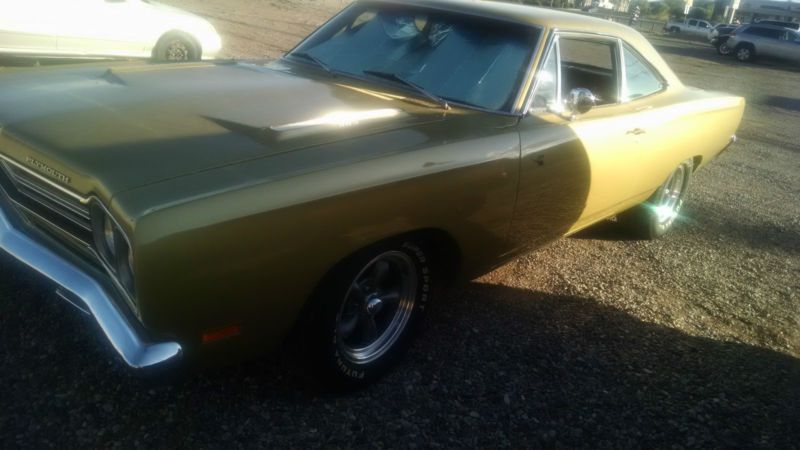 (THE REAL DEAL) HERE IS A 1969 PLYMOUTH ROADRUNNER ALL ORIGINAL, POWERED BY A 383 WITH A 4 SPEED TRANSMISSION AND
391 GEARS. ALL NUMBERS MATCH THIS IS A MUST HAVE FOR THE MOPAR ENTHUSIAST. INTERIOR INTACT AND PERFECT SHAPE, WITH
67,000 ORIGINAL MILES.