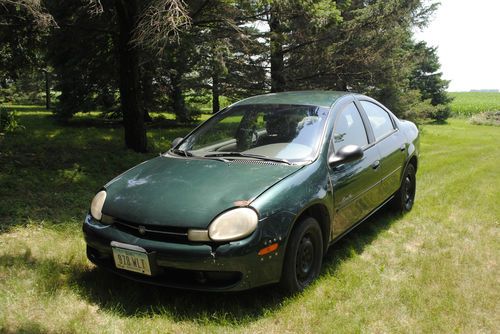 The Prior Salvage Title is because it was a sheriff seized vehicle in Minnesota.  Lots of dents and scratches, front and rear bumpers are broken.  Air conditioning does not work.  Sometimes shifts strange between 2nd and 3rd, its done it as long as I've owned it and doesn't get any worse.  Radio has issues.  Solid car, no rust through.  Has new timing belt, water pump, both idlers in front of motor.  Glass is good, one small crack in windshield, top passenger side in shaded area.  Cash