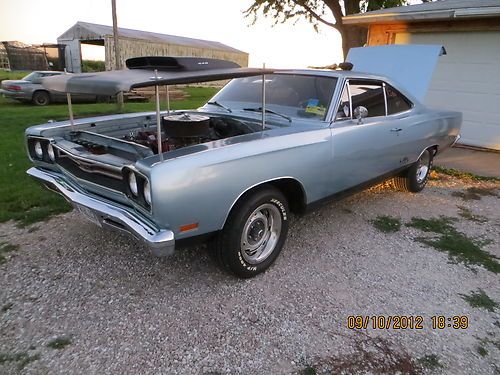 you are buying the rolling body, sense we can't get the price that we need out of the car running and they like to buy rust bucket that don't run, the car runs fine but we are not letting this 440 go with car its going in a pro street dart & becool radiator. you can put in your own 426 hemi. we had the car out this weekend so your not buying a rust bucket like others. email me and I can sent pictures of whatever you want to see. its been to mopar nats 4 time in the last 6 years.