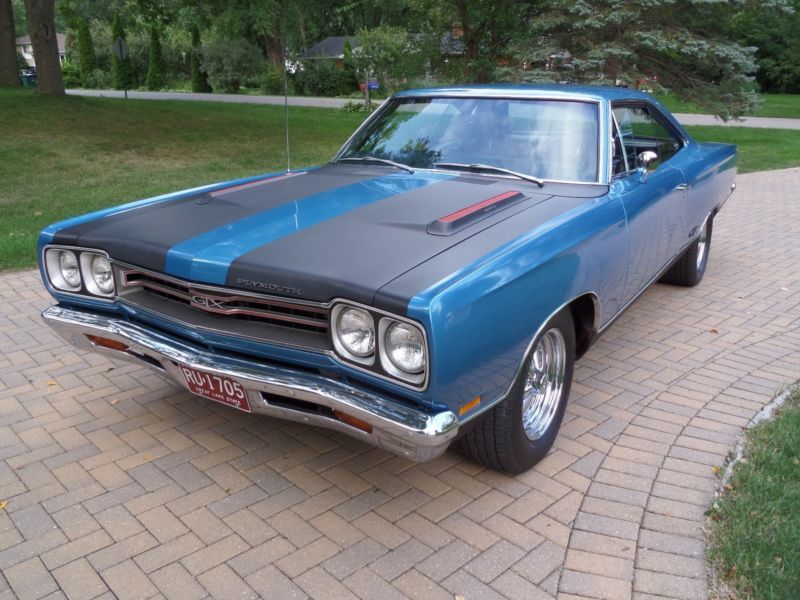 Original 1969 Plymouth GTX . This car is a Matching Numbers 440HP, 4 Speed, Super Track Pack (Dana 60, 4:10). It
retains its original body panels, original glass, and approximately 75%+ original paint. Odometer currently showing
46060. Has been Decoded by Galen V. Govier and have Original Broadcast Sheet and Fender Tag. Runs and drives great.
This is a very Rare opportunity to own a RUST FREE original car. There're only original once. No disappointments!
The car runs and drives great!