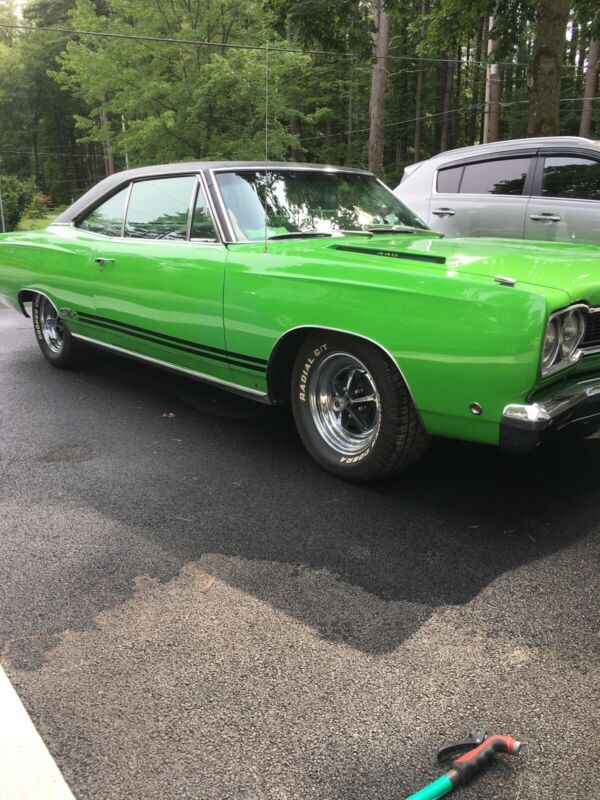 Solid car, no rust anywhere.Bought several years ago as a driver
undercarriage is untouched except new exaust. Incorrect color, and no fender tag,
This is a true GTX but with vintage air. All of the original AC parts are in the trunk. It has
been rewired from stem to stern with American auto wiring.Rebuilt trans and motor. New carpet, seats, dash etc. The
dash was all cut up, had to replace it along with the whole instrument panel.