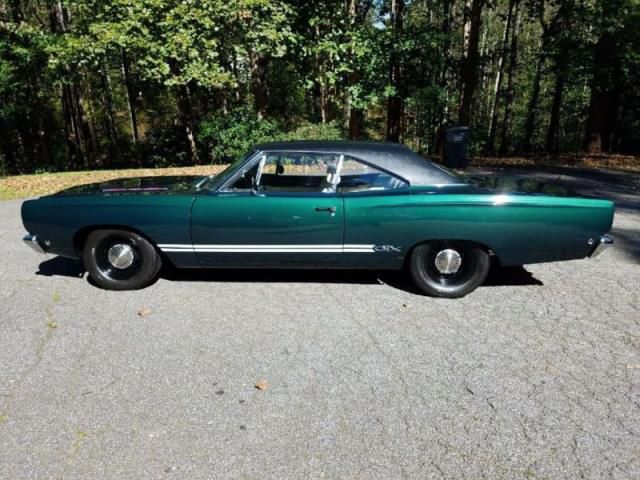 For more details eMail me : he7petriccaceladon@expressmail.dk I have a beautiful 1968 Plymouth gtx in forest green with black carpet and legendary white original bucket seats and door panels. This car had a nut and bolt restoration 3 years ago. The period correct 440 before the rebuild was sentto a machine shop to be polished, honed and balanced. Then was built with only the best parts edel brock aluminum heads and intake,steel crank,forged pistons,clevite race bearings,roller rockers and Hemi 8 quart oil pan. Has also had a three angle valve job also has a Holley 850 carburetor and Mallory distributor and was built for 500hp and its mated to an A518 automatic transmission with overdrive as well as a powder coated strange rear end dana 60 with 373 gears with posse track.