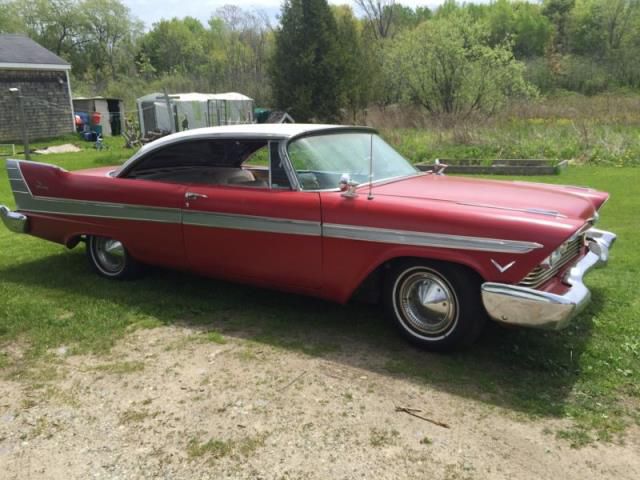 Will answer all questions. Only serious buyers : rosenoffside3@netzero.com

Real 1957 Fury with original motor and carbs. Overall its a solid car that I enjoy as it is, with many of the hard to find parts still present. Currently registered and driven regularly. Has had body work in the past on the forward part of the rockers and rear quarters, but it seems to have been minimal as it was a texas car.