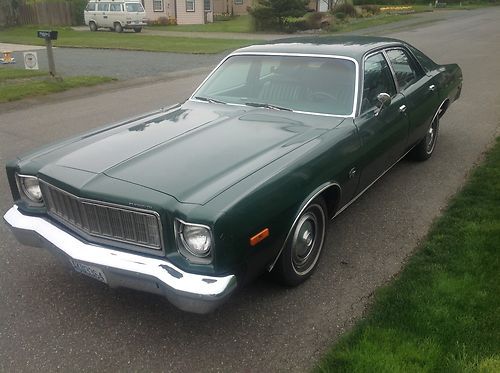 76 Fury sedan, exterior pretty much rust free, a few bumps and scrapes but nothing major, the imperfections add character. Underneath excellent with surface rust only. Interior is in remarkable shape in a cool green color. Starts drives and stops really well. Recent service and brake overhaul. Car needs nothing and is a cool daily driver.

A cool 4 door muscle car that gets lots of comments.