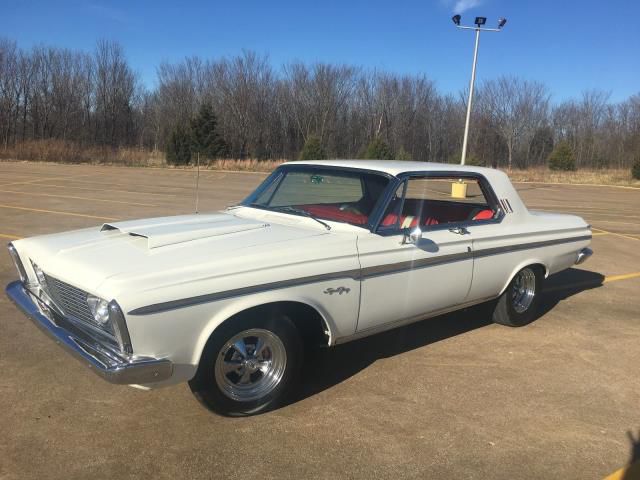 Email me at : manuelz2yflorez@manlymail.net My goal on this car was to retain all the style of the 63 Sport Fury but upgrade the and handling along with good street manners and lots of performance ( Mission Accomplished ).I started this project with amostly rust free California car, It had leaked water around back window and they had replaced the trunk floor. All the panels and fenderswere rust free as shown in the pictures.I had the car soda blasted down to baremetal while on a rotisserie did the body work required and used all PPG basecoat clear coat in original white. The car already had legendary seats and door panels when I purchased it but I pulled every thing out and started back with Dyna Mat and went over it with thick insulation and then the carpet. I had dashes only rebuild all the padded dash and purchased autometer custom Mopar GPS speedometer Tach,fuel,oil pressure,water temp,transmission temp gauges.Iinstalled the largest heat and air unit that Vintage air offered.The engine isone of my builds (50 years of experience building Mopar engines) with the target of have a decent idle and street manners,running on pump gas. The engine cameout excellent with more horse power than expected 626 HP@6100 RPM and 629 torque@4500 RPM and with the FiTech fuel injection runs out well. The transmission wasbuilt by TCI and is there street fighter transmission and will shift automaticor manually and has there 3400 stall street fighter converter.