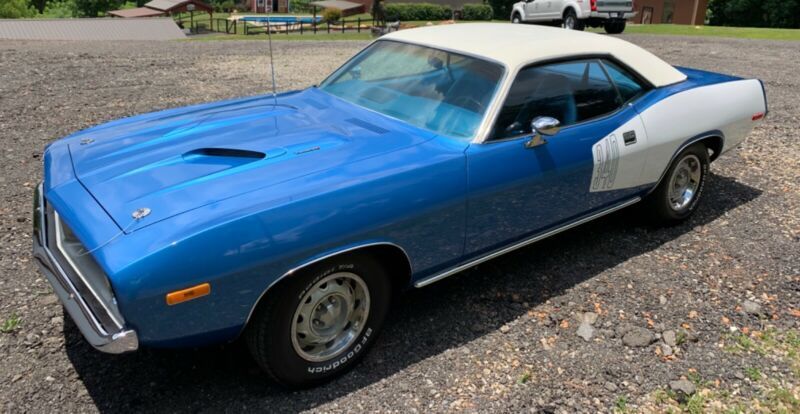 1973 Plymouth Barracuda "340 Cuda"
This car is a time capsule original vehicle.
It's a complete numbers matching vehicle with build sheet.
I have the original Rally wheels and tires.
I personally like the 17" reproduction rally wheel that are shown with the redline tires. Take your pick. Everyone
has their own taste.
This car starts, idles, shifts, drives and stops as it was designed to do. There are no running, steering or
braking issues whatsoever.