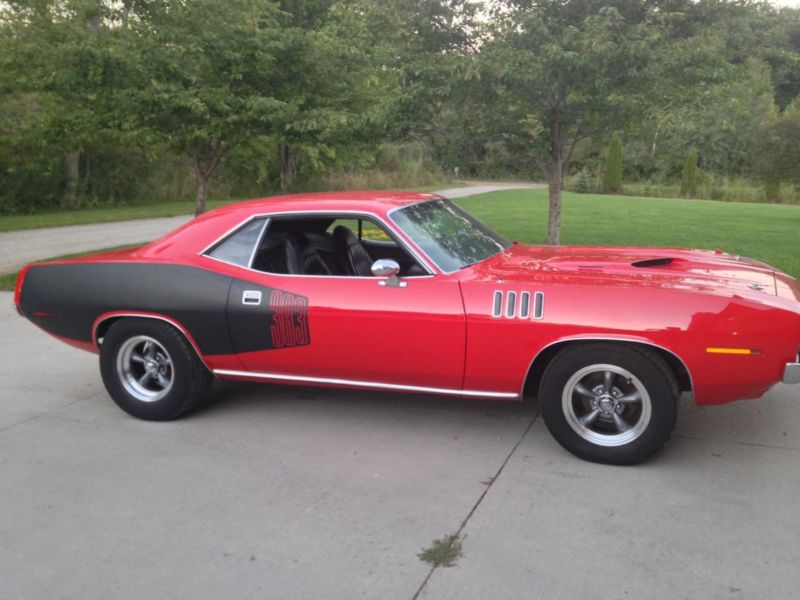 1971 Plymouth Cuda . Showing 39,666mi on the O.D. ,4 speed. Painted 3 years ago to the original color.( really Red with Bill Board ) Yes a real V6X stripe Code. Mostly all original Car except the motor is a 1971 440cu.The 383cu is long gone when I got the car. for what I know the 4 speed trans and 3.91 rear end came with the Car. The Interior is also original with leather seats and its in great shape with one really small hole in the head liner the size of a joint burn lol so 1/8 of a inch round .Glass is all good. I have Build sheet , Door tag and two fender tags that match the Car. Cow plate numbers match the vin.