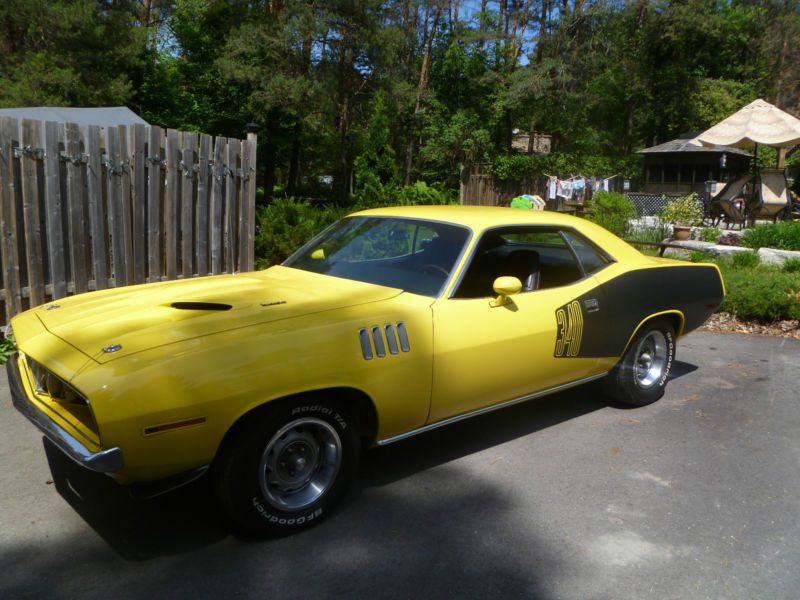 If you have any questions or would like to view the car in person please email me at: delanadbbecht@ukdeejays.com . 1971 Plymouth 'Cuda
Original billboard car
Rotisserie restored 2006
Lemon twist yellow finished to high degree
Originally from southern USA
Power steering and disk brakes
Date code correct engine block
All gauges work properly
Original build sheet and fender tag
No rattles or weird noises
Runs and drives better than factory