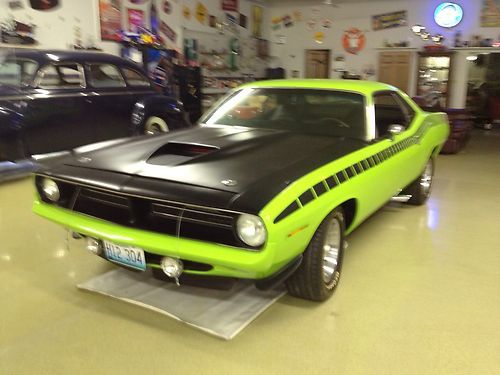 Condition: UsedA vehicle is considered used if it has been registered and issued a title. Used vehicles have had at least one previous owner. The condition of the exterior, interior and engine can vary depending on the vehicle's history. See the seller's listing for full details and description of any imperfections.Seller Notes:"Car has been reprinted and is in excellent condition call for any details or set up an appointment to have the car inspected"

it is a real  AAR not a replica good luck bidding you can have the car inspected or test driven by appointment please no calls after 9:30 pm central time reason for selling I am downsizing and need the room this car is available for sale locally as well and the auction can be cancelled at any time do to a local sale . Car is being sold as is with no implied warranty I can assist with shipping if needed. Also available for sale but not included in this auction is a 67 corvette big block car and a   1970 1/2camaro z28 will consider a package deal call for details 816-200-4040 please do not call after 10 pm central time