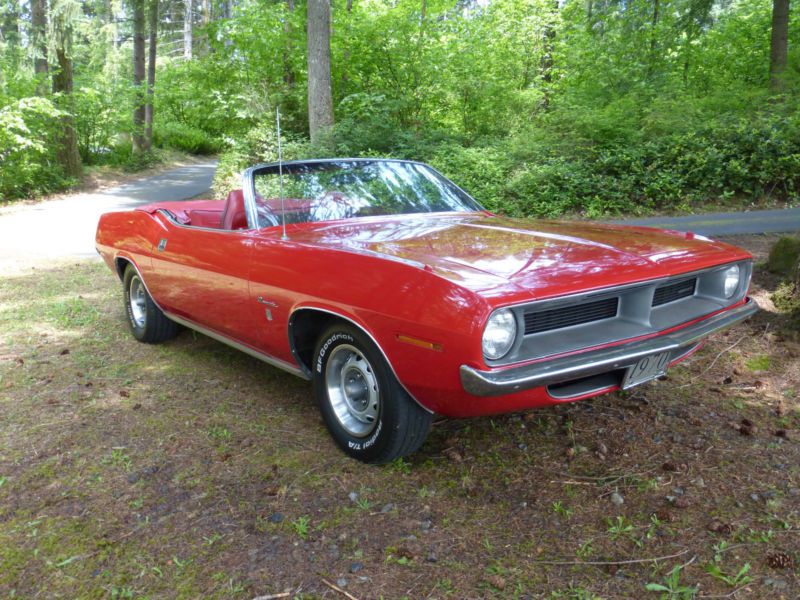 1970 Barracuda Gran Coupe Convertible unmolested 86k orig mile, all numbers matching, 1of 12 Gran Coupe
Convertibles built with this engine and trans combo. The car left the factory with the 225 slant six engine, a
column shifted 3 speed Torqueflite automatic trans, and a sure grip 7 1/4 rear end, manual drum brakes, power
steering, and a power top. The top works great and is in good condition except the stitching that holds the rear
window in deteriorated, so the window is not in the top any more, but I do have it. The car has been stored indoors
and only driven on nice dry days as long as I have owned it. The car was Z Barted (rust proofed) and it seems to
have kept it from rusting out alot. The frame rails appear solid and the underside only had minor surface rust, I
treated the under side of trunk and rear frame rails with POR 15 when I replaced the fuel tank. The trunk floor is
solid with one small patch, and the floor boards are solid with one smaller patch under drivers foot area. The car
was signed by "ROCK" on the drivers side inner wheel house under the rear seat at the assembly plant!