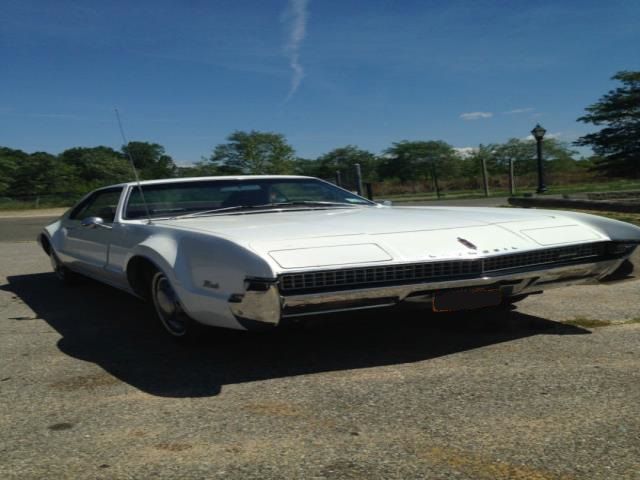 A design ahead of its time and the first front wheel drive 425 V8. This Toronado is elegant and turns head. It drives very smooth with tons of power and very quiet. I drove it major traffic during summer heatwaves, where the Mercury hovered around 90 and the car kept cool, despite running the A/C at all times. The car is pretty much all original except the interior seats and carpets have been redone. It requires an inside roof liner. The paint is old so it has some chips here and there, but overall it looks very presentable as you can see in the picture. The automatic "popout" light work perfectly. A/C and Heating works. Odometer needs a new cable. Dash clock is not working. There is some very minor corrosion here and there on the body but mainly aesthetic. Brakes work very well, steering is great - the way it was designed to be - a cream puff. Suspension is excellent.