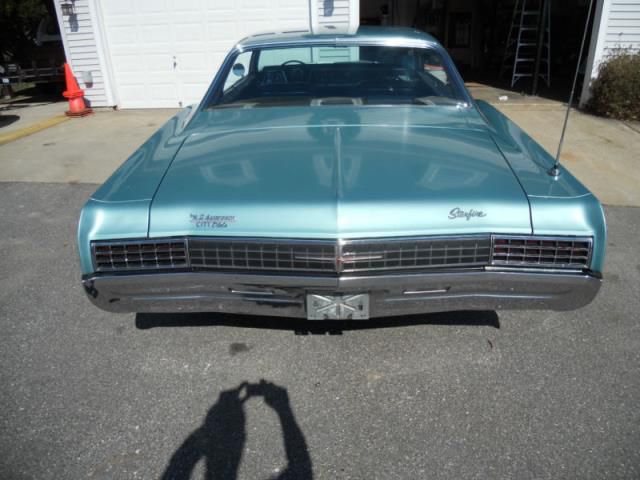 Super rare find,66 olds starfire with original 24,000 miles THE LAST YEAR MADE.This car never saw a winter road or a wet day.This car was owned by a very meticulous man who kept this car in a garage full time .there is a small dent in the left fender that is seen in pics.Car runs like new and EVERYTHING WORKS.lights power antenna ,trunk light , hood light heater motor ,doom lights and everything else .original duel exaust. sounds great.425 4 brl turbo 400 trans ,car comes with original rims,hub caps,and protect o plate,bill of sale ,window sticker