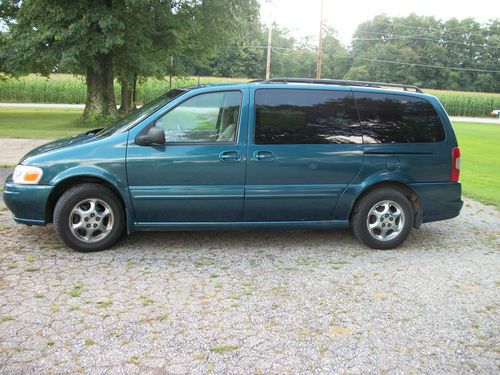 Condition: UsedA vehicle is considered used if it has been registered and issued a title. Used vehicles have had at least one previous owner. The condition of the exterior, interior and engine can vary depending on the vehicle's history. See the seller's listing for full details and description of any imperfections.Seller Notes:"Rust on the rocker panels, minor body scratches, air conditioning recently quit working. Front window small leak on pass side sometimes."

Fully loaded GLS, 3.4L, V6. Jade green with gray leather. New was $33,515 I have the window sticker. Chromed wheels, Touring suspension w automatic leveling & air inflation. Heated seats, 6 disk cd changer, automatic side doors. Seats 7. 115,000 miles. I just put two new tires on the front and have receipt. The only problems are the rust on the rocker panels, minor body scratches, and the air conditioning stopped working recently. The front window will sometimes leak a little with a hard rain on the pass side. I can email more pictures upon request. We do not have e-check in our county so do not know if it will pass.