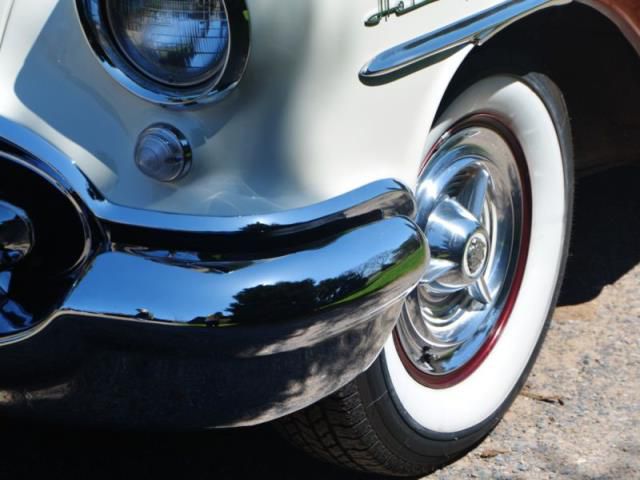 This is a beautiful smooth running classy 1955 Oldsmobile 98 holiday coupe... This car has won Best of Show And First place numerous times .. The paint is new burgundy and cream color.. the car has a rocket engine 202 HP 8 cylinder, 324 cid engine.. that runs great.. The car weighs 3975 pounds..and is 212 inches long.. It has a hydra-matic super drive transmission and other options.. Autronic eye, power steering, power brakes, power windows , power seats and power antenna, wonder bar radio.and electric windshield wipers.. all work great except for the autronic eye.. everything is done to perfection and the car stands out.. no waves or ripples..nice and straight.. shiny chrome trim all over the car.