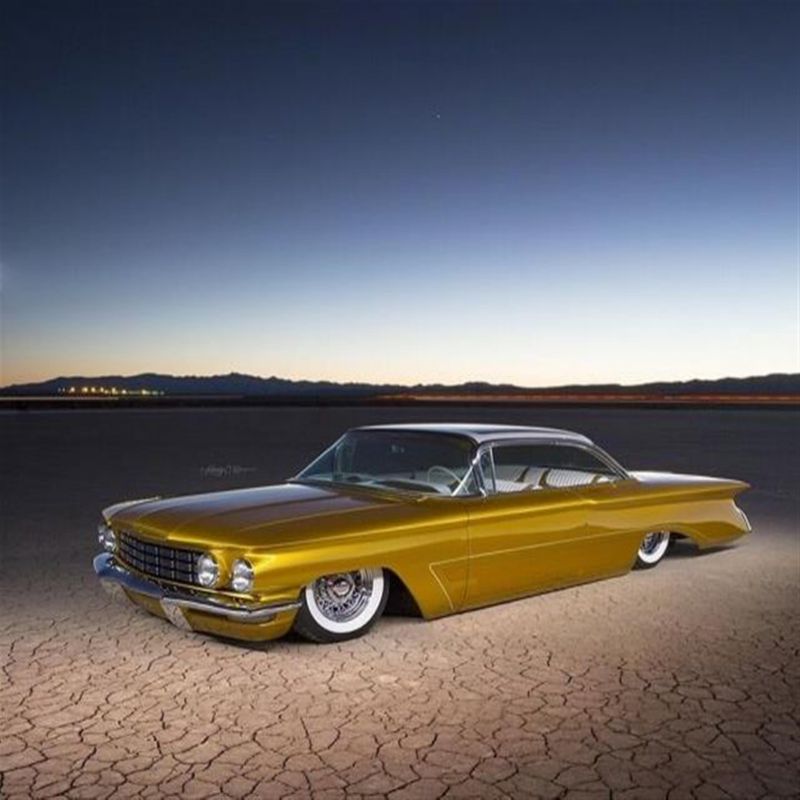 .Starting on the exterior it has had most of the moldings and emblems shavedalong with the door handles. Paint is one of it best qualities a house of colorsgold mix and shines beautifully when the sun hits it from any angle and has wonbest paint at car shows with up to 2500 entries . The front and rear bumpervalances, dash, rear deck lid and roof have all been patterned with various goldand silver bases and pinstriped to match. Paint is very well executed as well isthe bodywork. All chrome has been re plated and all stainless has been polishedas well. Front and rear glass has been replaced with new glass and seals at thesame time. Interior is all new as well from the carpet to the headliner. Original seatshave been wrapped in high end white vinyl with gold flake inserts to match thedoor panels. Dash pad has been rewrapped and restitched along with new carpetand headliner, also has matching floor mats custom made and to finish it off afully custom upholstered trunk. The patterns on the dash flow through the dashto the roof and into the rear custom made deck lid. The steering wheel has beenrefinished and repainted as well to complete an all new interior.
Any questions at : JanettaGuthmillerzzfz@yahoo.com