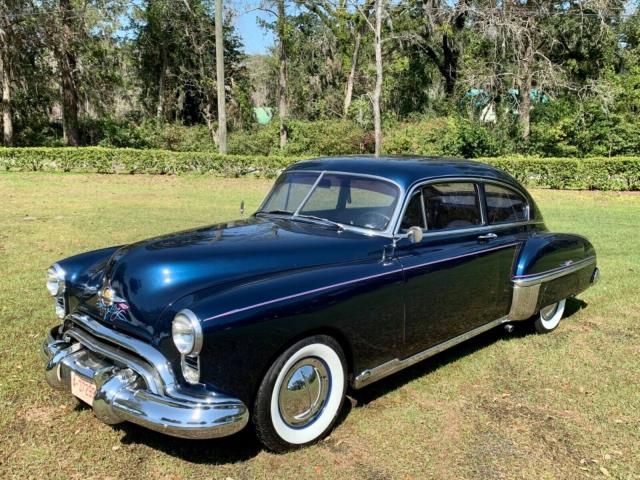 1949 Oldsmobile Eighty-Eight 2 Door Sedanette
The car looks great inside and out! The exterior paint is a Midnight Blue color. It is very shiny with no major flaws to speak of. All attractive chrome and stainless, which is a combination of restored and original. The interior is also quite nice and a nice color match. Engine bay and trunk are both clean and tidy. The doors, hood, trunk all open and close with ease and all body panels line up very well. Underneath the car looks good and solid as you would expect..