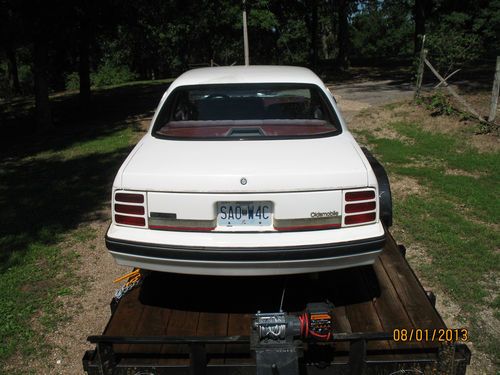 Condition: UsedA vehicle is considered used if it has been registered and issued a title. Used vehicles have had at least one previous owner. The condition of the exterior, interior and engine can vary depending on the vehicle's history. See the seller's listing for full details and description of any imperfections.Seller Notes:"1992 Olds Cutlass. Looks great, engine runs, new battery, needs new transmission. Replacement transmission included. Don't have the time or the tools to install the transmission."

1992 Olds Cutlass. Looks great, clean, ran great until transmission went out. Needs new transmission. Replacement transmission included. Don't have the time or the tools to install the transmission. Trailer does not come with sale. Can be delivered within reasonable distance from Alton, Missouri for $100. Call 817-236-3191.