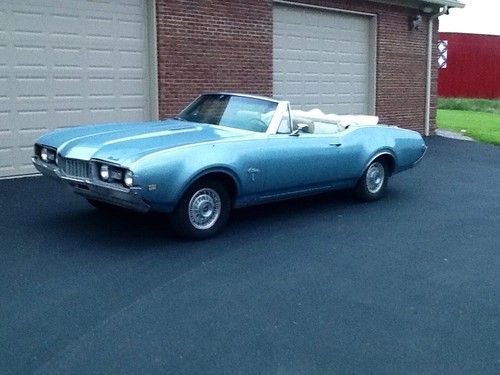 1968 olds cutlass supreme convertible. All original equipment and powertrain. Runs and drives great. Interior is in good condition. Exterior has decent paint but could use a new coat to make it sharp. Body does have some bubbles on rocker panels and trunk lid. Was last restored in late 1980s,so it could use some touching up. I purchased it from the owner who had it since 1979. Power top is in great shape and works great. Questions call 1-606-306-1324 or text. Enjoy the upcoming summer in a inexpensive classic cruiser. Thanks.