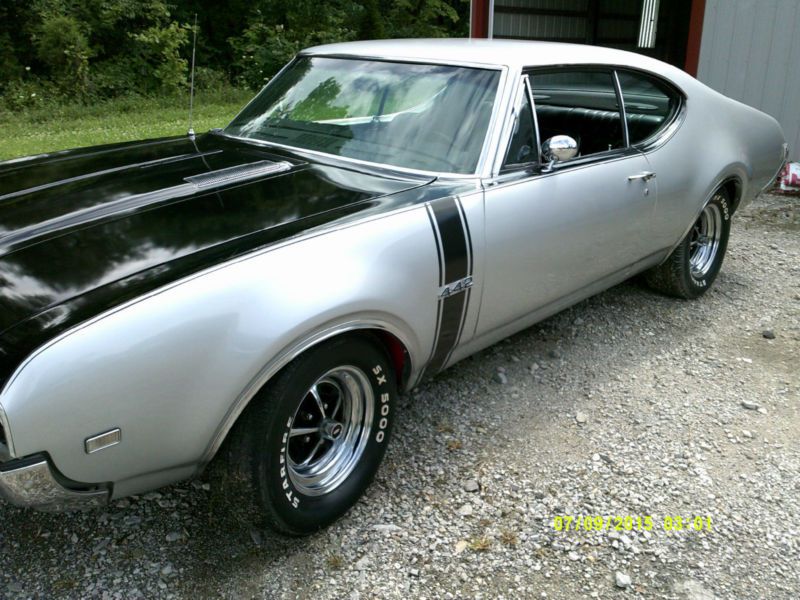 motor is 67 date code for 442.. Car built Canada seventh digit is 1 which identifies is a 442.. new exhaust
keystone wheels, center console,, all new like new, all glass in great shape, all windows rolls down with easy,,,
motor fresh. pictures speak for details under hood,,, new W30 inner fenders,, which I added just for the looks..car
has Chevy 12 bolt rear end. Standard in 442