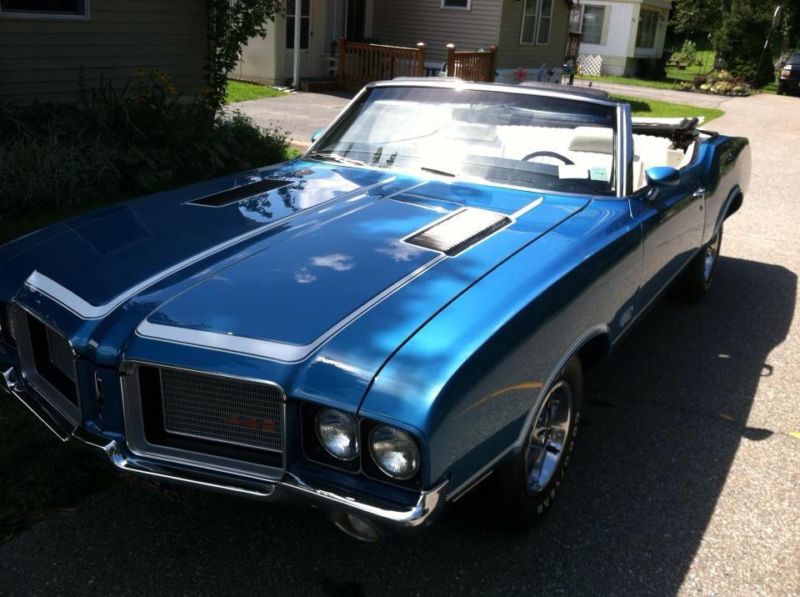 More infos regarding my cat at: maymemsstutesman@ukfashion.org . I am offering my fully restored 1972 442 convertible up for auction,The car underwent a 7 year restoration which started in January 2003 and was completed in October 2010 which
included a complete frame off tilt table rotisserie restoration. The frame was powder coated and all chassis
components replaced with new items right down to the stickers and decals just like it came from the factory. I have
several photos of the restoration process that can be sent to anyone that is interested. Car is numbers matching
and currently has 33,000 original miles on the rebuilt motor. The interior is original. A ERA dated battery has
been installed and the lighted rear view mirror has been restored professionally as well. The car was appraised in
August 2012 for at $43,900 and scored an overall 2 (Fine) with 1 being the highest score. It has rare factory AC,
Rocket 350 4 barrel carb and TH350 tranny with hurst his/hers shifter. I have a fully restored under the dash
(factory) 8-track player and AM/FM radio to go into the car as well. Extra parts to be included are still in the
box; new floor carpeting and new door panel carpeting.