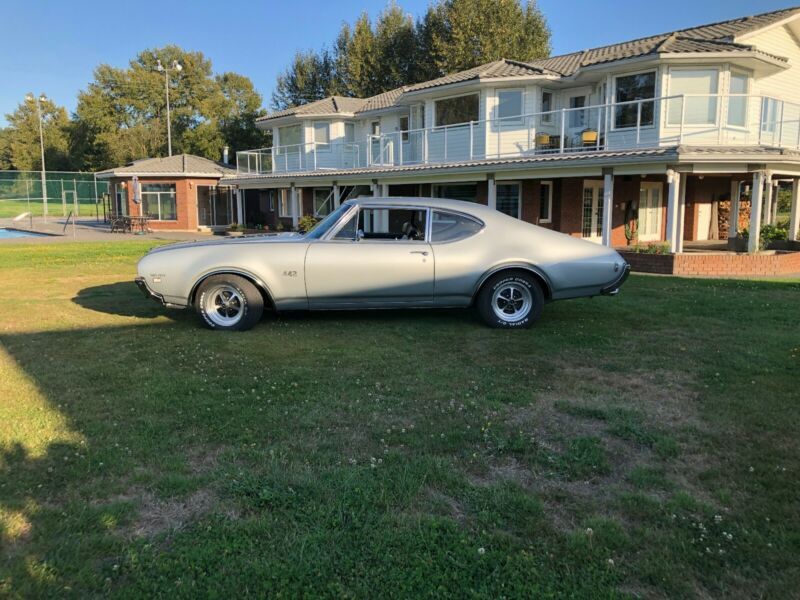 This 1969 442 W30 4 Speed Car went through a complete 3 year restoration and is fresh out of the shop. It had gone
through a complete frame off nut and bolt restoration. It has maybe 15 miles on the drive train. The 400 Engine is
a non matching engine out of a 1969 442 but does have the correct W30 camshaft. It is a real deal W30 car and was 1
of 5 sold in Canada. Factory 4 speed console and the rare two door post car. It is the factory color; Platinum
silver with black racing stripes. New wiring, new fuel system including W30 rebuilt carburetor, brake system,
suspension , rebuilt 400 motor, rebuilt M21 transmission, rebuilt 3:90 Posi traction rear end, new complete
legendary interior, new rims and tires, and every part of the car has gone through with meticulous detail and care.
.