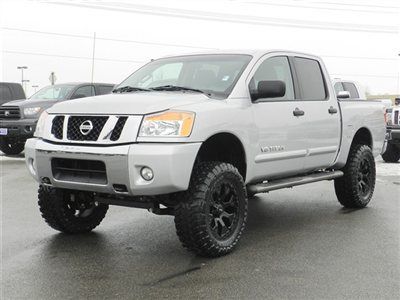 Nissan won't downsize the next Armada

The Nissan Armada is aptly named, because in relative automotive terms, it's not just the size of a ship - it's the size of a whole fleet. And that, according to reports, isn't about to change.
While many of the larger SUVs on the market are gradually being phased out or replaced by smaller crossovers, Nissan apparently plans on keeping the Armada right where it is. And that means a large, truck-based, eight-passenger colossus, because there are buyers out there who expect no less and Nissan isn't about to lose them to the likes of the Toyota Sequoia, Ford Expedition and Lincoln Navigator, or a General Motors lineup that includes the Chevy Suburban and Tahoe, GMC Yukon and Cadillac Escalade.
That doesn't mean that the next Armada - which Edmunds expects will arrive in 2015 or 2016 - will be immune to constricting environmental regulations, so Nissan will have to get creative. A vehicle the size of the Armada has all the aerodynamic efficiency of the side of a barn, but Nissan is reportedly aiming to streamline that in order to boost efficiency, for starters.