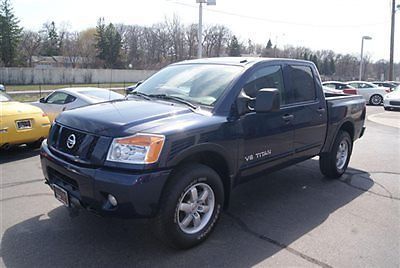 How and why Nissan nearly killed off Infiniti

Launched in 1990, Infiniti was expected to be Japan's answer to BMW (Lexus would end up chasing Mercedes-Benz). Yet things went awry almost right out of the gate. Overlooking the fledgling automaker's now infamous early marketing campaign, its product line over the past twenty-four years has been a roller coaster ride of strong hits (Q45, FX35 and G35) and frustrating misses (M30, I30 and QX4).
In a recent interview with Ward's Auto at the Detroit Auto Show, Nissan Executive Vice President Andy Palmer revealed that the company's luxury brand was almost cancelled by CEO Carlos Ghosn as unnecessary. Infiniti, like most premium marques owned by a volume manufacturer, had fallen into the trap of losing autonomy and pushing its high-end product just like its mainstream models.
The one obvious exception to this industry blunder, said Palmer, was VW Group's Audi brand. Realizing that Audi's impressive comeback over the past two decades shamed even that of actor Robert Downey Jr., Nissan hired Audi veteran Johan de Nysschen to bring Infiniti to its intended glory - and protect it from extinction. Check out the complete interview here.