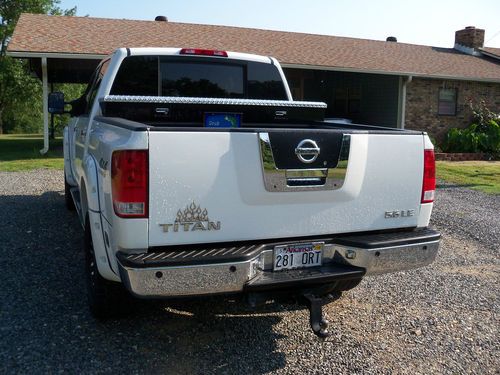 Condition: UsedA vehicle is considered used if it has been registered and issued a title. Used vehicles have had at least one previous owner. The condition of the exterior, interior and engine can vary depending on the vehicle's history. See the seller's listing for full details and description of any imperfections.Seller Notes:"Vehicle is in excellent condition and well taken care of."

This 2005 Titan Nissan pickup is fully loaded with anything a person could ever want.   It is all powered, including the back window.  There's even a DVD player.

This truck is in very good condition and rides like a dream.  It is a 4 x 4 offroad.
Please contact Mike Thew at 870-490-0329 if interested or have questions.