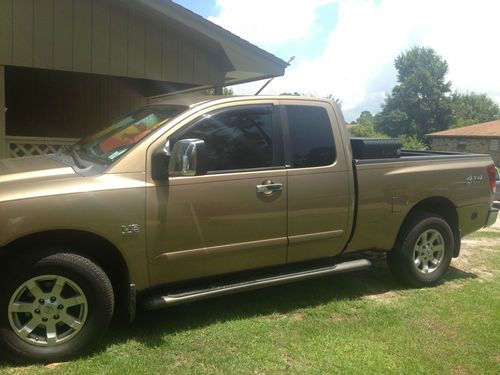 Condition: UsedA vehicle is considered used if it has been registered and issued a title. Used vehicles have had at least one previous owner. The condition of the exterior, interior and engine can vary depending on the vehicle's history. See the seller's listing for full details and description of any imperfections.Seller Notes:"truck has normal wear and tear for 2004 but all in all in really good shape has dent in right side of bumper one small scratch on right side under rear door inside is like new back seat is in great shape carpets and head liner is in great shape has high end camo seat covers on front seats high quality tool box and bumper guard on front"