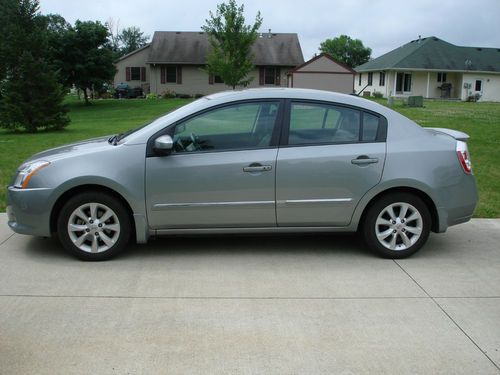 Condition: UsedA vehicle is considered used if it has been registered and issued a title. Used vehicles have had at least one previous owner. The condition of the exterior, interior and engine can vary depending on the vehicle's history. See the seller's listing for full details and description of any imperfections.Seller Notes:"Excellent condition--minor scuff on left rear bumper"

For sale is my mother-in law's Nissan Sentra SL.  It is a 2011 SL loaded with options.  Very nice car, one minor scuff on rear bumper.  Great gas mileage, leather seats, moonroof, navigation, etc.  Must sell due to health reasons.  Please make offer or buy it now if interested!  Listed at or below KBB dealer trade-in price!  Please email or text/call 419-579-0050 with any questions.  Thanks!