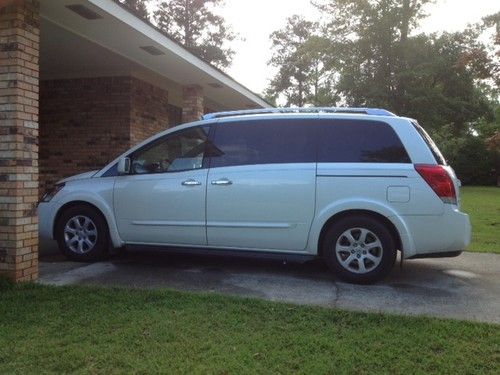 For sale is a 2008 Nissan Quest SL.  This van is loaded with every available option except sunroof and navigation.  It has leather interior, multi-disc CD changer, rear DVD entertainment system, hands free cell phone pairing, back-up camera, luggage rack, running boards, and much, much more!!