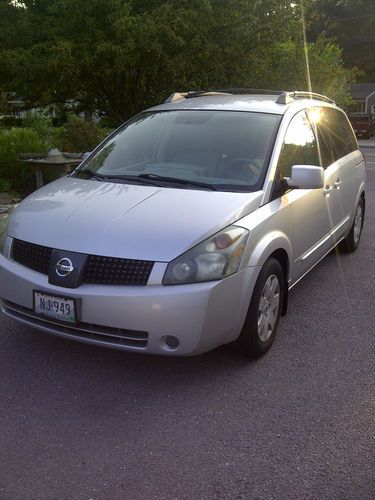 Condition: UsedA vehicle is considered used if it has been registered and issued a title. Used vehicles have had at least one previous owner. The condition of the exterior, interior and engine can vary depending on the vehicle's history. See the seller's listing for full details and description of any imperfections.Seller Notes:"The body and interior have signs of normal wear, as you can see in the photographs there is no major body or interior damage. This van is being sold by me, the original owner. The van has never been in an accident and has been maintained very well."

One owner vehicle in good condition mechanically and visually. This van has been maintained well and kept in good condition. The exterior has some small dents and scratches that may not be evident in the photographs. The vehicle has never been involved in an accident. The interior is clean and in good condition with normal signs of wear. there is good tread on the tires and the vehicle is currently registered and inspected and is driven regularly.