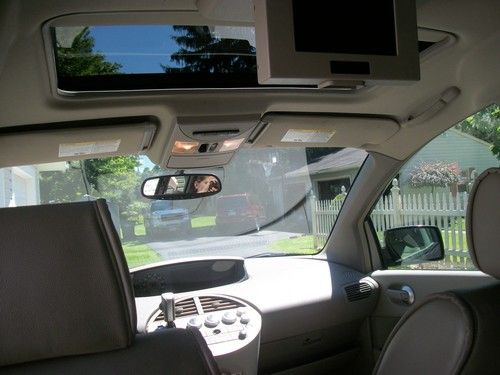 Condition: UsedA vehicle is considered used if it has been registered and issued a title. Used vehicles have had at least one previous owner. The condition of the exterior, interior and engine can vary depending on the vehicle's history. See the seller's listing for full details and description of any imperfections.Seller Notes:"Charge station/small consol cover off, but piece is in van and just needs put back onsmall rust spot on back of left side seen in pic"

Very Nice Top of the Line 2004 Nissan Quest Minivan with less than 98,000 miles on it!  All the bells and whistles!  Leather, Moon Roof, 4 Skywindows, two DVD movie screens.  This has only been owned by 2 families and records on all oil changes and mechanical kept. Van has been kept in garage.  Non-Smokers.  Very Clean. Any questions feel free to ask.

Payment will be made directly through seller.  We are located in Northwest Ohio.