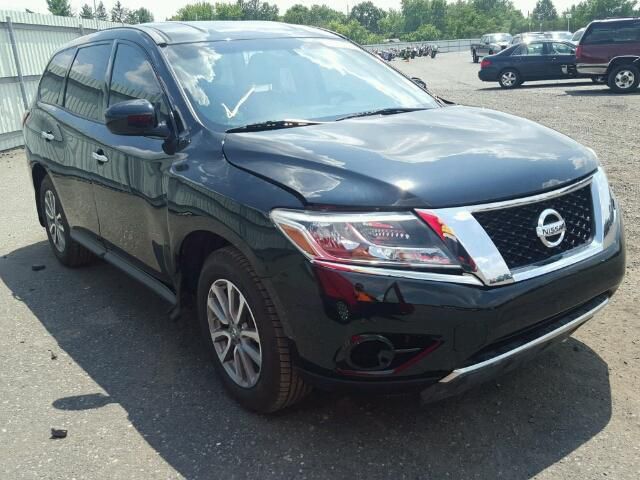 My eMail : KiaraMohrviso@yahoo.com Beautiful Black on Black 2013 Nissan Pathfinder 4x4. Has a rebuildable salvagetitle due to a collision. This is a very easy fix, most of the damage is bolton. The lower hinge area between the doors needs a pull. It has Michelin tiresthat look almost new!It does start right up, idles smooth and very quiet asexpected. It does run and lot drive and can be loaded onto a trailer. There is asmall dent above the driver side doors but it certainly doesn't lookstructural. It has a brake leak, they do work but are soft. Message me for morepics or with questions.