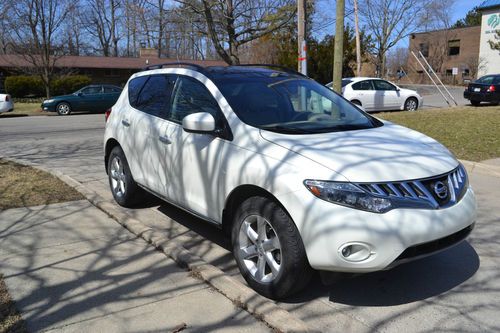 2009 Nissan Murano SL, beautifully kept, most miles highway, no accidents, clean interior, changed oil every 3,000 miles, regularly maintained, drives and looks great, its been a great vehicle for us- my wife loves it and hates to get rid of it, we are in need of a larger vehicle due to our growing family!