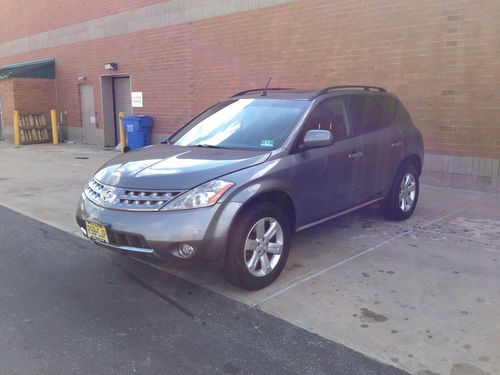 Condition: Used: A vehicle is considered used if it has been registered and issued a title. Used vehicles have had at least one previous owner. The condition of the exterior, interior and engine can vary depending on the vehicle's history. See the seller's listing for full details and description of any imperfections. ...
2006
NISSAN MURANO AWD SL
LOADED
LEATHER
SUNROOF
HEATED SEATS
BACKUP CAMERA
GOOD TIRES
FULLY DETAILED
BOSE SOUND SYSTEM
MEMORY SEATS
ANY QUESTIONS JUST ASK
PERFECT CAR
THANKS FOR LOOKING!!