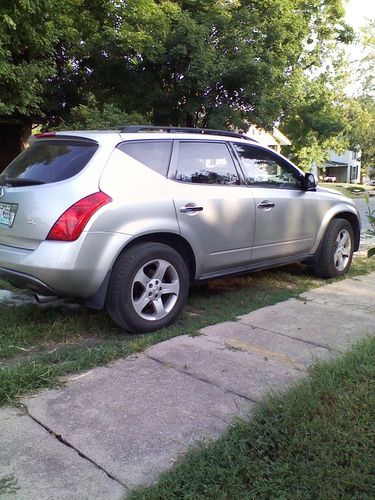 Condition: UsedA vehicle is considered used if it has been registered and issued a title. Used vehicles have had at least one previous owner. The condition of the exterior, interior and engine can vary depending on the vehicle's history. See the seller's listing for full details and description of any imperfections.Seller Notes:"Good condition....some wear on the side of drivers leather seat. Brand new tires installed 9/1/13. This vehicle has 183,000 highway miles"

This is an all power vehicle...has DVD player also and a tray in the rear to keep carpet nice. This has been mostly highway miles on this car. I just put new tires on this vehicle that are good for 65,000 miles 9/1/13. Heated Leather seats make this very nice for winter driving. Has the moon/sun roof and is smooth on the road. Has been a great car...retiring and no longer need this vehicle.